Preparing for the bass season

We class it as a start of a season, but there is no season as such!
Winter sea temperatures dictate how many bass stay inshore before moving off to spawn,
but not all of them disappear and this past winter has proven this with a few fish still being
caught along the south & south west coast.
With sea temperatures hardly dropping below 9 degrees they have stayed active and prepared
to chase lures.

With just a couple of weeks until the clocks move forward into British Summertime it's time to start
thinking about sorting the tackle out, or if you're extremely organised and been suffering from cabin
fever it's all done and ready to go!
The only problem with sorting the kit out is wanting to step out the door and go and fish,
well why not?

If you're lucky enough to have some clarity go for it, no doubt you have a few new shiny bits of kit
that need some testing?

Fail to prepare…...prepare to fail.

Checking through my lure trays and boxes looking for rust/fatigue on trebles and split rings. Rust is
visual and easy to see especially if lures didn't get a rinse in freshwater after your last trip, don't
forget those trebles (or singles) can go blunt as well, run the point across the back of a fingernail
to find out how sharp they are. The point should scratch the nail and not just run smoothly over the
top, blunt hooks can bump fish, which can be avoided with a few checks of your kit. 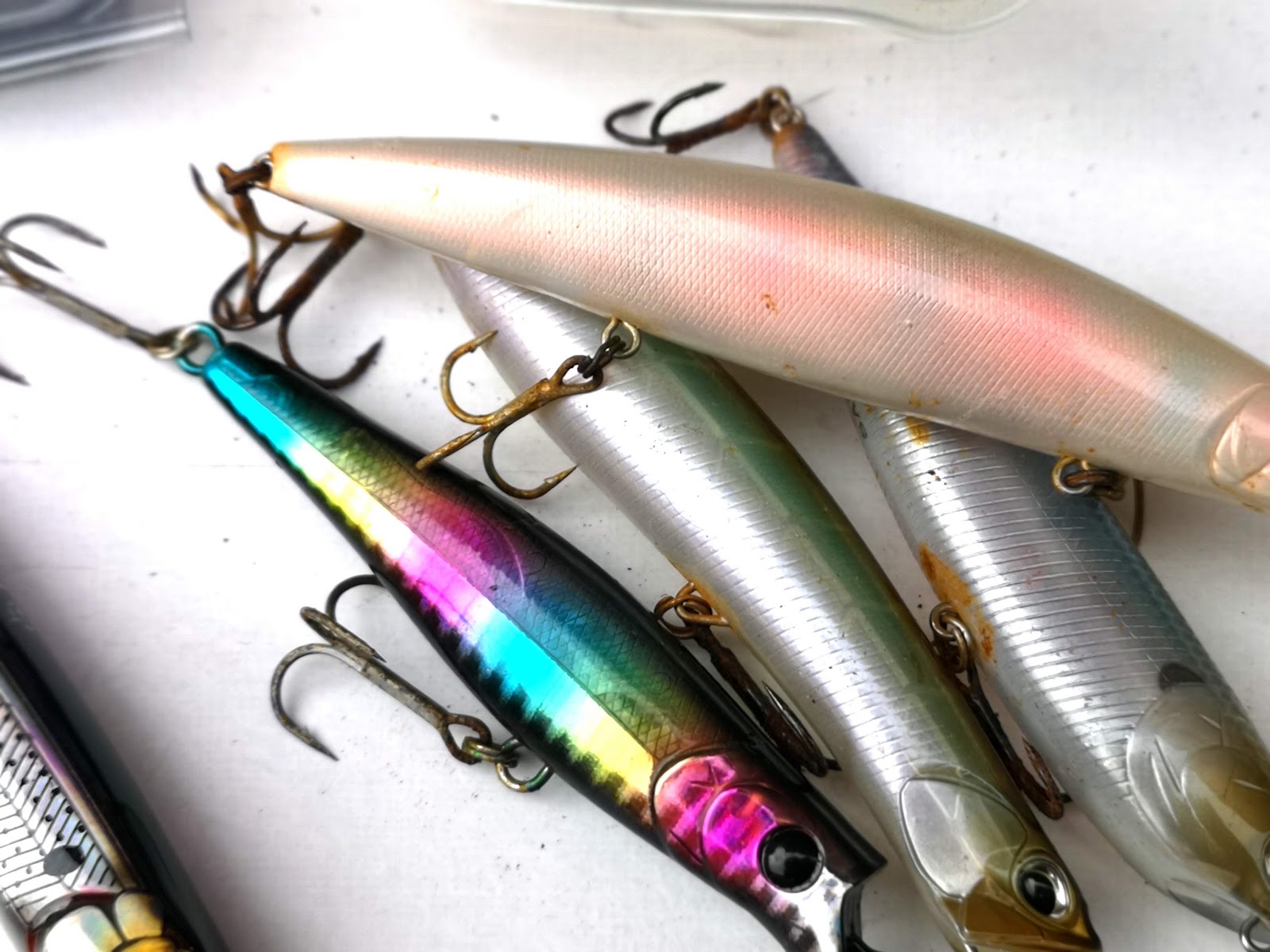 I'm as bad as the next person and forget about lures that have been put aside for a few months,
unwashed with the sea water eating into anything it can! If, and I say if with time allowing it's always
worth rinsing your lures in freshwater after every trip to avoid rust taking hold quickly.
If hooks need changing along with split rings, I'd personally recommend purchasing a pair of
split ring pliers. Fairly inexpensive pliers will save you time and frustration and they're a lot easier to
use than using cutlery and fingernails! 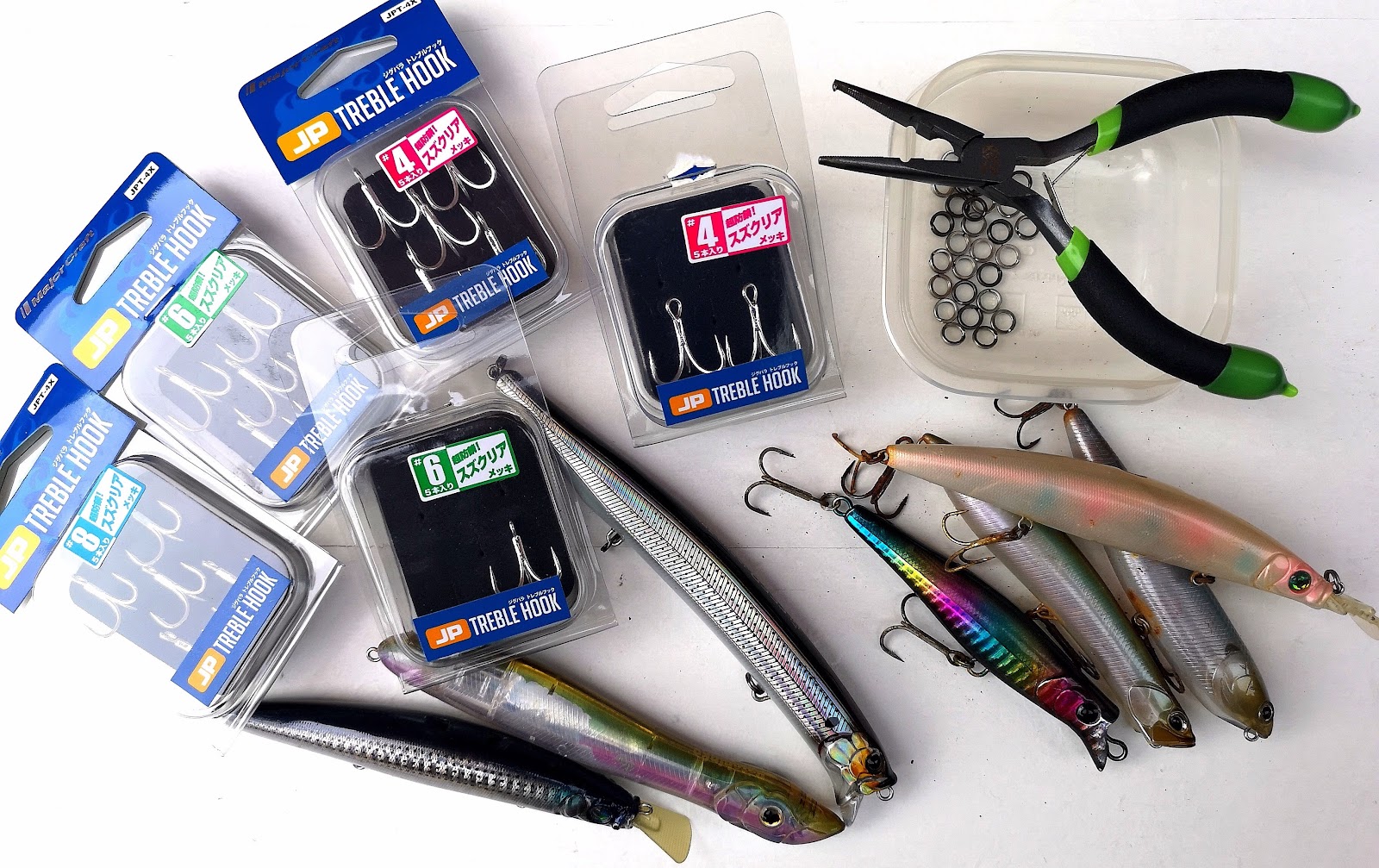 It's always worth a check of your rods guides/rings for chips or cracks, this can happen from dropping
the rod or knocks on rocks with the tip guide being the most common one to take damage.
The liners on the guides can be visually checked and big chips/cracks will be easy to spot, to confirm
what you may think is damage run your fingernail or cotton wool over the area. With the fingernail you'll
feel and hear the ‘nick’ in the liner, cotton wool will normally get caught in the fissure.
If broken, just get the guide replaced by a good rod builder.
Why get the guide replaced?
Well you know that nice new spool of braid or mono that you've put on……..hard earned cash spent
on the shiny lure……..there's a good chance that broken guide could shred the braid and fail with the
lure attached heading out into the water with no way of getting it back.
For the sake of a couple of minutes checking it's worth it!

When did you last check or change your braid? This could depend on how often you fish, for myself
throughout spring, summer and autumn this could be 5 times a week with various rock marks where
braid gets rubbed over rough ground fraying the braid which you can see as the strands ‘fluff’ up.
Each time I notice the braid to be frayed I cut back beyond that point, but on average I'll change my
braid 2-3 times a year with personal preference last year to spool up with Major Craft Dangan braid in
4 strand. 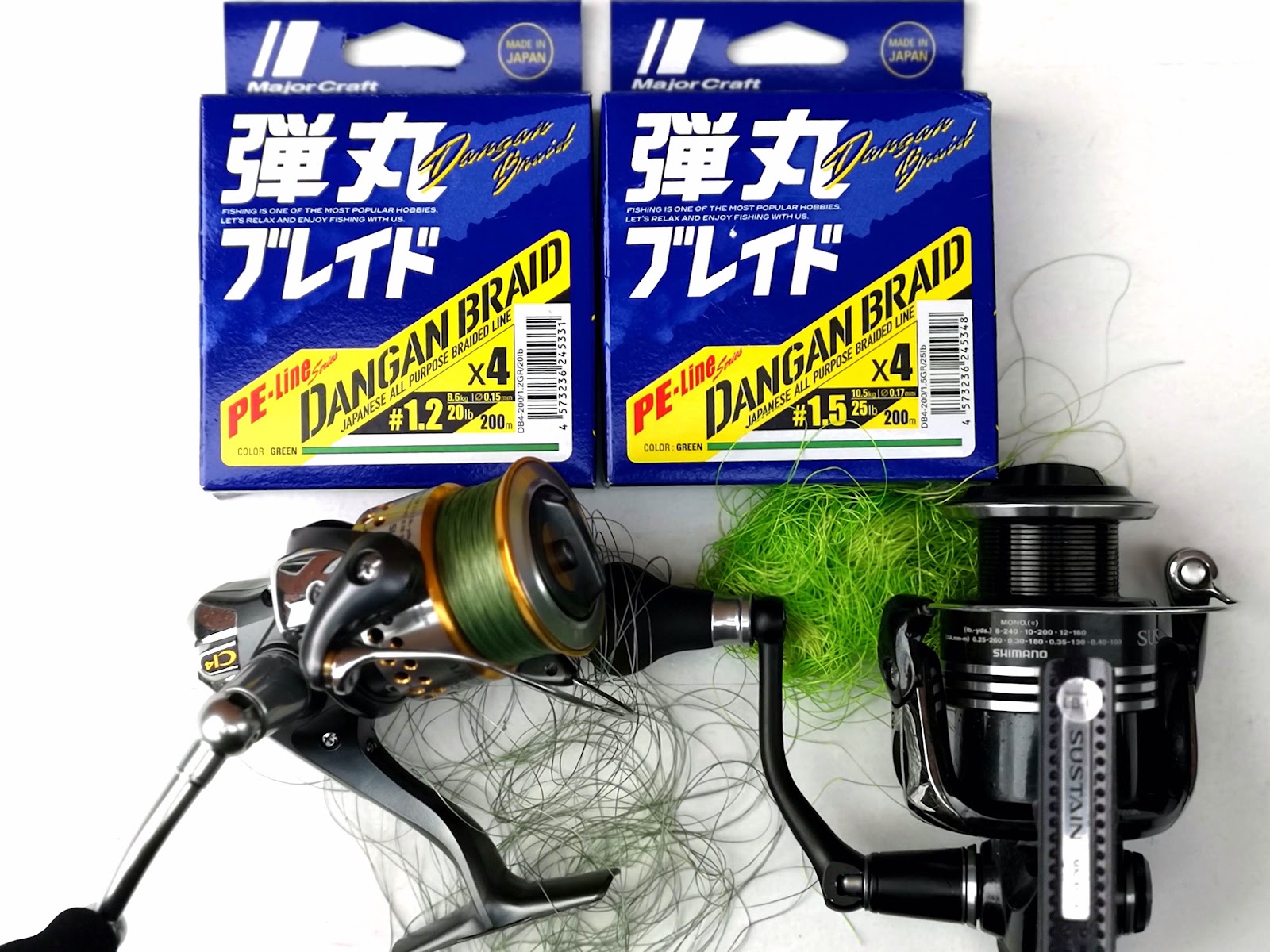 All those lovely soft plastics organised in regimental rows waiting to be christened, have you checked
that jigheads are glued on?
Personal choice but I tend to superglue most of my jigheads to SP’s, I've found this can save a lot of
them getting torn up and it keeps them up the shank of the hook avoiding the lure sliding down over the point where it's possible to then bump a hook up.

Check your reel before you need it, make sure the roller bearing is running free, this can be one of the
most common of causes for creating wind knots and putting a twist into your braid. Is the bail arm
holding open, handle turning freely? If you're unsure ask at your local tackle shop about reel servicing,
or it may be just a case of some oil needed in certain places to get things running smoothly again.

As a personal note, could I ask that you dispose of braid, mono, hooks and other fishing tackle
responsibly.