Taking the reins of a distribution company after the discontinuation of the super successful Skyroad
series was always going to be a tall order which was made even harder by the fact that the apparent
successor, the Triplecross Seabass range, had been built with the Japanese favoured action which is a
softer, more parabolic rod.

The current trend in Europe is for a faster tip action blank with a quick recovery.
Our general opinion is fast/stiffer = top water, softer/slower = soft plastics but I know this is not
universally agreed upon. Of course, you can have a fast recovering rod with a soft tip etc.

The Japanese 8.6ft and indeed 9ft ML models were both absolutely solid with bags of backbone and a
more than adequate recovery speed for all occasions but the longer 9.6ft version was definitely a
through action rod which with a more regular recovery was less attractive for those looking to work
surface lures etc.

This led us very quickly to the idea of producing a custom range of seabass rods which we believed
suited our waters and fishing styles and allowed us to draw on the experience of the Skyroad.
What had we learnt and how could we improve it?  After numerous meetings and conversations
between myself and Richard (DFR Cake) and dozens of emails with Hamano in Japan we received a
selection of sample blanks some 6-8 weeks later which the factory had produced to our specifications. 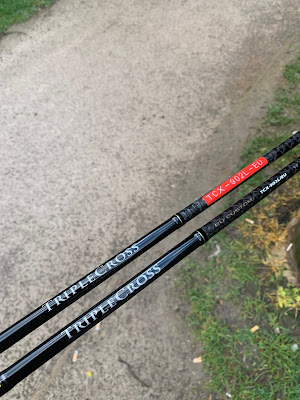 I remember instantly being impressed with the action and couldn’t wait to start testing.
I kept the shorter 9ft models and started with the 10-30g ML. It’s worth noting that I had been fishing with the custom built 9ft St Croix Legend Elite up to that point but had tested a decent number of other quality seabass rods so was in a reasonable position to properly critique these blanks. 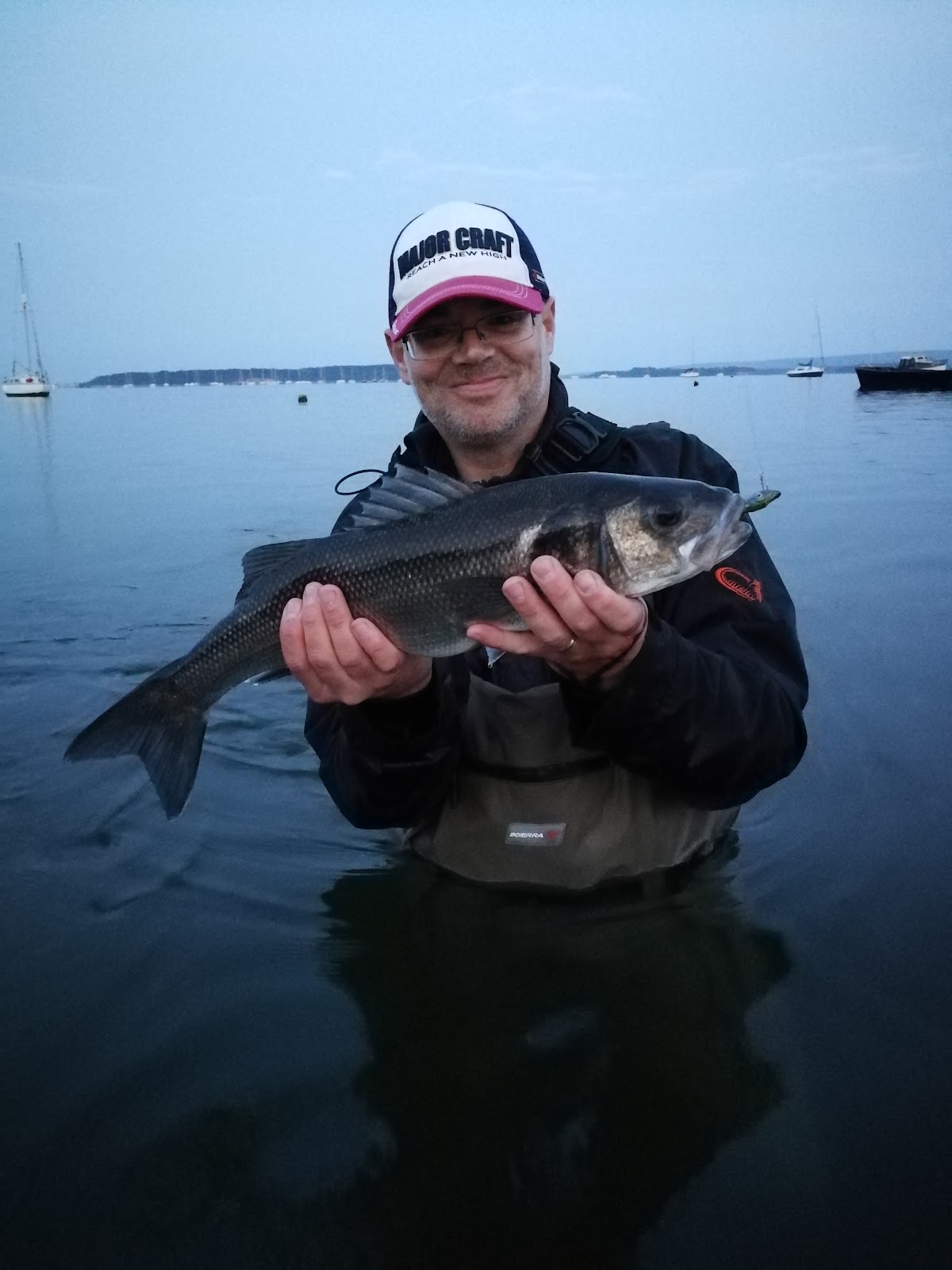 I couldn’t resist clipping on a Patch 100 to kick off and within seconds of casting it was happily “walking the dog” and “Popping”. The recovery was faster than its Japanese brother and pleased with the outcome I moved onto diving lures and soft plastics. Both performed superbly with more than enough sensitivity in the tip when bouncing a Fiiish Black Minnow. The final test was “belting” a 28g Savagear seeker metal lure and again the rod performed without breaking a sweat. Indeed, you could tell this was still based on the Japanese Triplecross and it wasn’t just because of the graphics!
The powerful backbone is evident especially when casting heavier lures which it does effortlessly.

The 9.6ft ML and M versions were handed to Richard Cake to put through their paces. For those who don’t know Rich he’s a well-known rod builder (DFR Rods) and complete lure nutter with some impressive captures and accolades to his name. His input on the EU rod was arguably the most important with his knowledge of rod building being second to none. Thankfully it didn’t take long for him to report back and the results were consistent with mine.
The range offered “allround” style rods that were equally happy in all circumstances, the recovery on the ML versions was close to that of the old Skyroad but with a powerful stepped up feeling best described as the “Skyroad on steroids”. 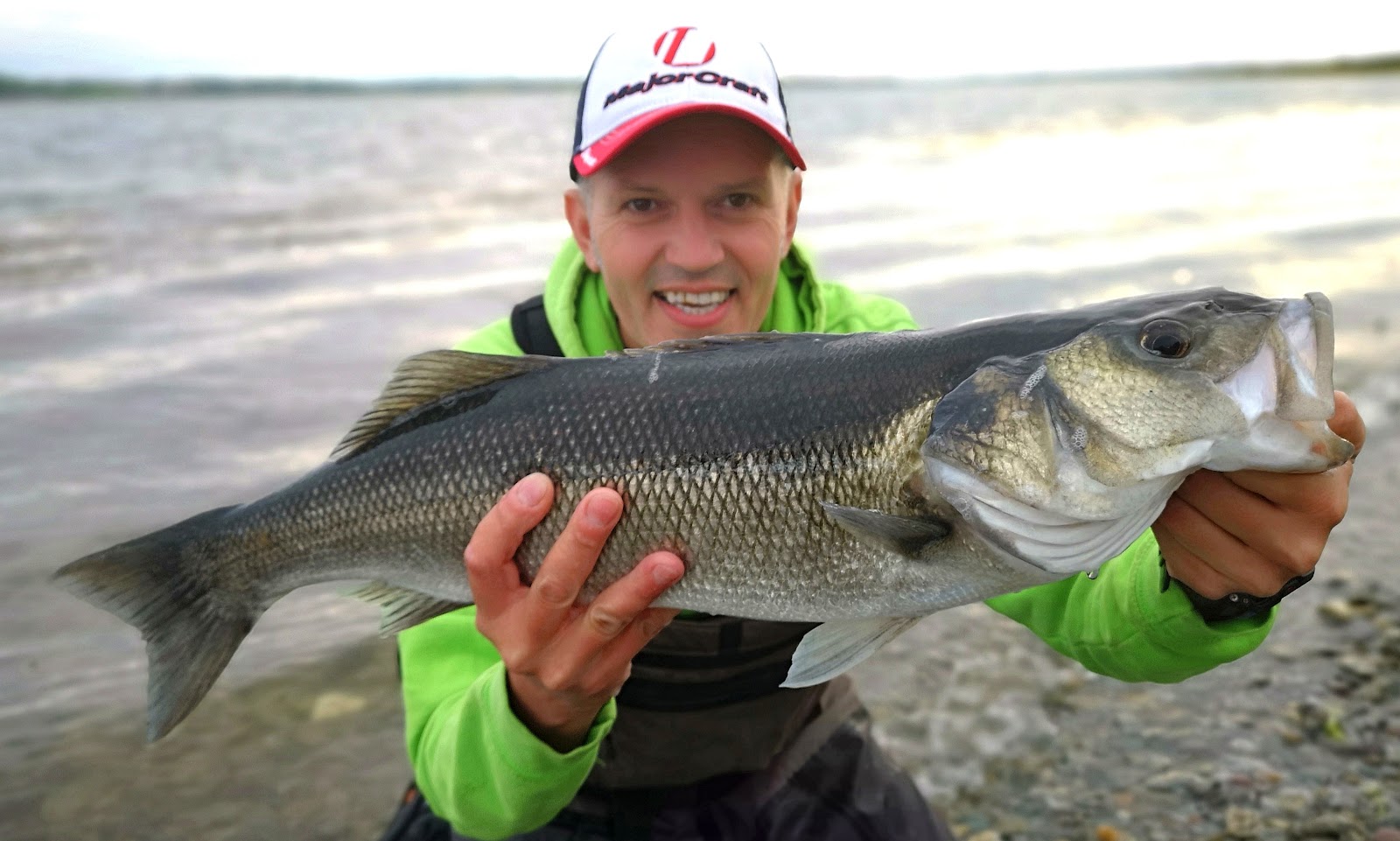 Once we were confident in the blanks we invited a number of anglers to inspect, test and give feedback and the feeling was unanimous- we had found a range worthy of replacing the Skyroad, furthermore they were climbing over each other to place pre-orders on the rods!

In May 2018 the initial order was placed with Japan, there was no going back now, 4 models were put into production, all that was left was to fine tune the name and also the wording that would be on the card sleeve on the rod bag. I believe that this is the first sleeve to have been written in English and priced in GBP and I’m strangely quite proud of that fact!

We continued to fish with the range and hundreds of bass were caught on them in 2018 including some notable catches (for Richard).

In September 2018 we received delivery of the first run of TripleCross EU Customs, production took just under 4 months from placing the order to delivery, rods were made in house in one of the Major Craft factories.

Specification of the four models:

As a promotional clip for social media / advertising purposes, Andy Mytton and myself spent a typical British summers evening (grey, wet and windy) filming a short video.
The water was very coloured and conditions for fishing were generally not great. Andy was focusing the camera on the rod working a surface lure and concentrating on the reel seat when i let out a loud squeal then, fish on! Sadly i'm not going to finish the article by recalling my new PB or a story about the one that got away.

No just a very small fish with eyes bigger than its belly, you can see the short video here.