With a bait fishing trip booked to the excellent Skarnsundet Fjordsenter run by Phil Dale it became quickly apparent that there was a lot of fun to be had fishing for cod and hard fighting coalfish on lures in the crystal clear waters of Norway. 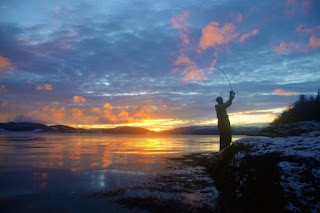 When I told Mike at Major Craft that I needed a shore casting lure rod for 4-6” shads using up to 60g jig heads he immediately suggested the N-One Shore Jigging 80g, I took a leap of faith and ordered the two piece version.

First impressions of the rod were great. The usual quality rod bag revealed a nicely finished rod with  first class fittings on the reel seat and handle. The rod felt nicely balanced with my Shimano Twin Power 5000 reel and the advertised regular action seemed be spot on, not too fast and certainly not too soft.

On the first morning of our trip we decided to try for coalfish off the nearby breakwater, time to see how my new outfit cast. In short, the results were outstanding! Using jig heads from 30-60g and Major Craft Dangan Bullet braid in 25lb test the ungainly shads flew out. Casts were effortless as the rod loaded and punched both 30g and 60g jig heads beyond the 80
yard mark. 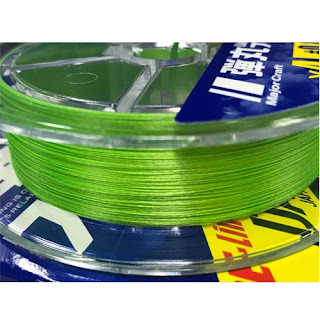 Next test was to see how the rod performed with a fish on, thank fully I didn’t have to wait too long to find out. 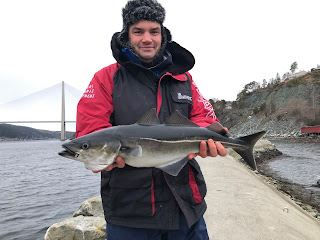 After a few blank casts I got the tell-tale tap, tap of a fish mouthing my shad. The rod transmitted these tentative bites beautifully and within a couple of turns of the reel handle the fish had engulfed the shad and line was screaming off my reel. The N-One`s progressive/regular action cushioned every lunge of the hard fighting fish on the other end of the line. Eventually, after many screaming runs a beautiful 7lb coalfish was in my grasp. 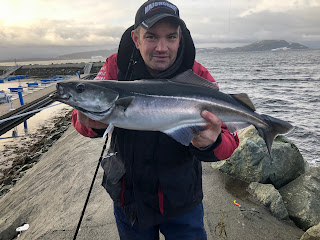 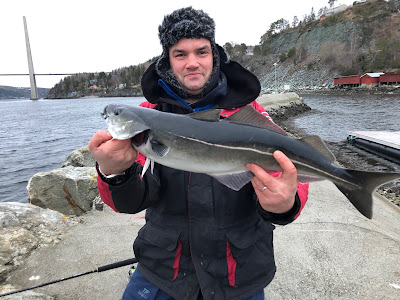 Later on in the holiday myself and fishing buddy Harry Coxhead (using the three piece version of the N-One) had a magical evening landing 50 coalfish between 5 & 7lb all taken on shads. The rods performed impeccably and we both commented on how quickly they had become firm favorites in our armory. 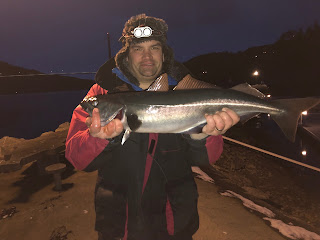 The next outing for the N-One will hopefully be pitted against the legendary tarpon, let see what the silver king makes of these magnificent rods!
at March 27, 2019